Magnum Photos is an international photographic cooperative owned by its photographer-members, with offices in New York City, Paris, London and Tokyo.

The legendary photographic co-operative Magnum Photos was set up in May 1947 by a group of famous photographers including Robert Capa, David Seymour, Henri Cartier-Bresson, George Rodger and William Vandivert whose work would inspire generations of current photographers.

“Magnum is a community of thought, a shared human quality, a curiosity about what is going on in the world, a respect for what is going on and a desire to transcribe it visually.” – according to co-founder Henri Cartier-Bresson,

Run by photographers, the Magnum has included photojournalists from across the world, who have covered many historical events of the 20th century. Magnum photographers have produced some of the most iconic images of our time. 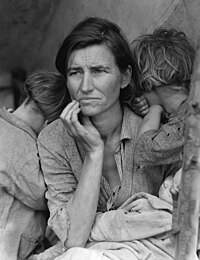 “Like a writer, a photojournalist is a reporter, but he or she must often make decisions instantly and carry photographic equipment.

Timeliness
The images have meaning in the context of a recently published record of events.

Objectivity
The situation implied by the images is a fair and accurate representation of the events they depict in both content and tone.

Narrative
The images combine with other news elements to make facts relatable to the viewer or reader on a cultural level.”